Graphics programs are software programs that allow you to create or edit images.

They can be divided into vector programs and paint programs. The first category treats images as a geometric description of that image, the second treats images as a collection of colored points (pixels) in a multidimensional plane. Both methods have their advantages and disadvantages and both methods are increasingly used within the same computer programs, so that the differences between the categories become blurred. 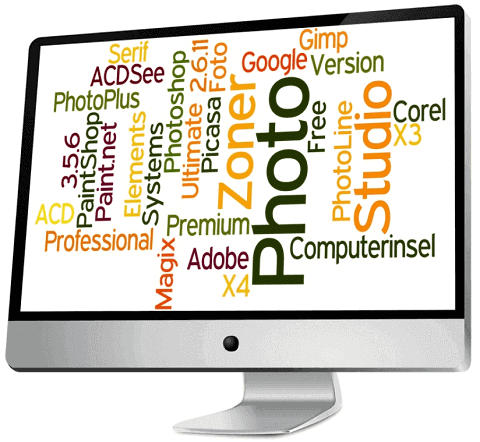 There are many graphics programs on many different platforms (Microsoft, Mac, Linux).

Programs for formatting (assembling) pages, with text and illustrations, into a complete graphic whole. The output of these programs is generated in PostScript, a system independent and resolution independent page description language. With a RIP (Raster Image Processor), PostScript is converted into a series of printing instructions for a laser printer, a photo-setter or an (offset) platesetter.